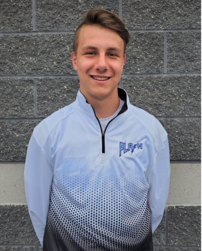 Connor is a dual sport athlete at South Milwaukee where he plays both basketball and football. Connor was the leading scorer and rebounder for the Rockets' freshman team and will be expected to bring that level of play and confidence to the FLASH roster. An excellent touch with both hands around the basket, Connor also has the ability to step out and shoot the ball and is a very hard worker on the defensive end of the floor.Connor had a very good season fro FLASH in 2018 as he was the "work-horse" on the interior who battled for rebounds, blocked shots and gave FLASH an interior presence on both ends of the floor. As a sophomore at South Milwaukee, Connor had a very good season where he split time on both the JV and varsity levels. With his work ethic, he will be expected to continue to be a very productive player with FLASH in 2019. Connor had a solid season for FLASH as a sophomore in 2019 but played his best basketball late in the season. He played the best basketball of his FLASH career in the final tournament of the season in Wisconsin Dells where his aggressive play in the post and solid rebounding effort helped FLASH to win the tournament despite being very short-handed.Connor was a starting post for the Rockets this past high school season.For FLASH in 2020, Connor was a starting post all season long and did an excellent job as a rebounder and defender. He also had a season-high 20 points in a game in Appleton in July. 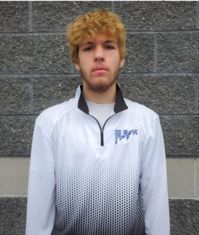 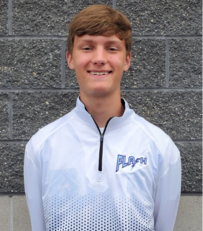 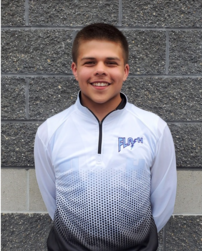 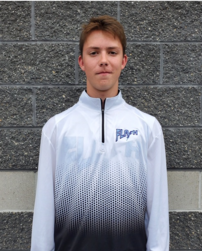 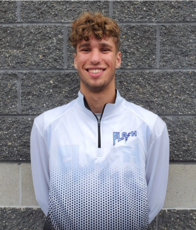 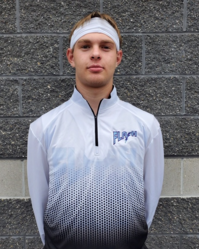 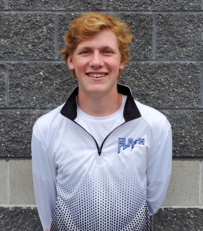 Alex , a multi-sport athlete from South Milwaukee where he plays basketball as well as volleyball and tennis. He was a starting guard at the JV level as a freshman for the Rockets' basketball program. A very good perimeter shooter, Alex can stretch the defense and is an aggressive player on both ends of the floor. He has the ability to play all three perimeter positions which will provide flexibility with FLASH. Alex had a fantastic season for FLASH in 2018 as he led the team in scoring with 382 points (the most ever by a FLASH freshman) and hit 62 "3's" (only the 3rd player in FLASH history with 60 or more in a season). He scored in double figures 22 times--tied for 5th most in FLASH history.Alex had a season-high 24 points and 5 made "3's". Alex was named to the All-FLASH team in 2018. As a sophomore, Alex played at the varsity level for the Rockets all season in 2018-2019 and had a solid season to set himself up for success the next 2 years. He will be counted on to have a big season with FLASH as a sophomore. Alex had another outstanding season as a sophomore for FLASH in 2019 as he led the team in scoring with 487 points (4th highest in FLASH history), scoring average with 15.7 ppg (4th highest in FLASH history), made "3's" with 77 (3rd highest in FLASH history) and double-figure scoring games with 24 (4th most in FLASH history). Alex has scored 869 career points (5th highest in FLASH history)and hit 110 "3's" (6th most in FLASH history). As a junior at South Milwaukee, Alex was named 2nd team all-Conference in the Woodland-East and had an outstanding season. He had numerous games with 20+ points and a season high of 35 against Shorewood in February. Despite the shortened season due to Covid-19 in 2020, Alex continued to show his improvement in his all-around game as he averaged 17.9 points per game and became the 2nd leading scorer in FLASH history with 1,120 career points. He also moved into 2nd on the all-time "3's" list with 173.

Ty, who is new to FLASH in 2020, is a multi-sport athlete from Waterford where he plays basketball, football and baseball. A very quick and athletic player, Ty will be expected to step in and start at the point guard position for FLASH after the loss of the previous starting point guard. Ty has the athleticism to be a very productive player on both ends of the floor and should make a big contribution to FLASH in 2020. For FLASH in 2020, Ty stepped into the starting point guard role in his 1st year with the team and led the team in assists with just over 3 per game and gave FLASH a very solid perimeter defender. Despite the shortened season, Ty was really starting to develop as a leader by the end of the season.

Matthew, who played for FLASH in 2018 as a freshman, returns to FLASH as a junior in 2020. A dual-sport athlete, Matthew plays both basketball and volleyball at West Allis Hale and was a starter for the Huskies basketball team for the Huskies this past season. An excellent perimeter shooter, Matthew has the ability to extend the defense with his ability to shoot the ball but also has the size and length to be productive around the basket. In December, he has a 29 point game against Marquette High in which he. went 7 for 8 from "3 point" range. Matthew is expected to make a huge contribution to FLASH in 2020 and is definitely a welcome addition to have back with the team. For FLASH in 2020, Matthew was a starter all season and gave FLASH a very solid rebounder on both ends of the floor as well as a player who could score. Matthew had a very solid season.

Noah is a dual sport athlete at Greenfield High School where he played varsity volleyball and JV basketball as a freshman. As a basketball player, Noah is a very solid player on both ends of the floor where he does an excellent job as a rebounder. On the offensive end,he can score but his ability to extend possessions gives his team 2nd and 3rd opportunities to score. On the defensive end, he can end opponent's possessions with his ability to rebound. This will be a skill that will certainly be counted on with FLASH.Noah had a fantastic season for FLASH in 2018 as he was 2nd on the team in scoring with 319 points (11 points per game) and led the team in FT's with 70. However, much of Noah's success in 2018 was as a rebounder on both ends of the floor. He is without question one of the best offensive rebounders ever to wear a FLASH uniform.He also scored in double figures 19 times--tied for 7th best in FLASH history and had a season-high 20 points.As a result of his success, Noah was named to the All-FLASH team in 2018. As a sophomore at Greenfield in 2018-2019, Noah was moved up to the varsity level where he was a reserve post for the Hawks. He suffered an unfortunate ankle injury early in the season which set him back for several weeks but bounced back to get opportunities as the season progressed. He will be counted on in a big way with FLASH in 2019. After an outstanding 1st year with FLASH as a freshman in which he was named to the All-FLASH team, Noah followed-up with a very good sophomore season for FLASH. Noah was 2nd on the team in scoring with 282 points and averaged just under 10 points per game. He brought his 2 year career total with FLASH to 601 points to become only the 12th player in FLASH history to eclipse the 600 point mark. He was again an outstanding rebounder on both ends of the floor and gave FLASH the flexibility to play him both on the perimeter and around the basket. Noah split time as both a starter and reserve for the Hustlin' Hawks this pasty high school season. He had a season-high 22 points, along with 8 rebounds in a game against New Berlin West in January. For FLASH in 2020, Noah had another solid season as he was the team's leading rebounder as well as the 2nd leading scorer. For his FLASH career, he scored 728 points to move into 9th place on the all-time scoring list and his 144 FT's moved him into 5th place on that career list.

​Ian is new to FLASH in 2020 and was a reserve guard for South Milwaukee's varsity this past season. An excellent perimeter shooter, Ian will be a nice addition to the FLASH roster and his ability to score will be a huge positive.For FLASH in 2020, Ian gave FLASH a player who could give them instant offense off the bench. He finished 3rd on the team in made "3's".

Lukas, new to FLASH in 2020, was a reserve forward on the  West Allis Hale varsity this past season as a sophomore. A very solid defender and rebounder, Lukas will be a nice addition to the FLASH roster and will be counted on to be a very productive player. For FLASH in 2020, Lukas gave the team a very solid reserve post who could be counted on to play solid basketball, particularly on the defensive end of the floor.

Bennett, who is new to FLASH in 2019, has been a dual sport athlete at South Milwaukee where he plays both basketball and baseball. As a basketball player, Bennett showed tremendous improvement from his freshman year to this past year where he split time between the Rocket's JV and varsity teams. A very fundamentally sound player, Bennett has the ability to be very productive both around the basket and on the perimeter offensively and is also a very solid defensive player. His flexibility and tremendous work ethic will be a very nice addition to FLASH in 2019. Bennett started off the season well for FLASH as he was in the starting lineup from the start of the season displaying his all-around game. Unfortunately, a leg injury sidelined him for what was thought to be a few weeks initially. The injury was not healing and he wound up missing the rest of the season and played in only 9 games all season. With what Bennett can all bring to the team, his injury was a major disappointment and he certainly was missed and there will be high expectations for him next season with FLASH. Bennett had a very solid season for South Milwaukee as a junior this past high school season as a starter for the Rockets. He had a season-high 18 points in. a game against Shorewood in January and it will be good to have Bennett back healthy for FLASH in 2020. For FLASH in 2020, Bennett was a very solid reserve who had the flexibility to play both on the perimeter and in the post. A maximum effort player, Bennett did a nice job rebounding on both ends of the floor and was a solid team player who could be counted on.