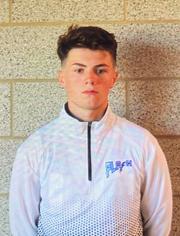 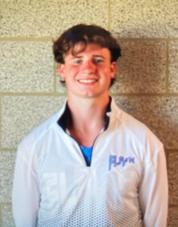 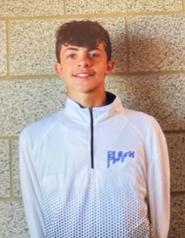 Tyler, who is new to FLASH in 2020, is the youngest player in the program as the only freshman. As a freshman at Waukesha North this past season, Tyler was a starting guard on the JV team all season and was the team's leading scorer and best perimeter shooter before being moved up to the varsity level for the WIAA tournament. In a game in February, Tyler scored 21 points on an impressive 7 for 10 from "3 point" range against Kettle Moraine. An outstanding perimeter shooter and very skilled offensive player, Tyler has a "feel for the game" which is unusual in someone his age and will have the opportunity to play both the shooting guard and point guard positions with FLASH.He will be expected to continue to develop his overall game and put his many skills to use in helping the FLASH sophomore team.Tyler also plays club baseball as a dual sport athlete. For FLASH in 2020, despite the shortened season due to Covid-19, Tyler had a very nice season and led the team in assists (35) and made "3's" (24) and was also 2nd in scoring.

Ryan is multi-sport athlete from Muskego where he plays basketball, along with volleyball and baseball. A very athletic post, Ryan can be very effective both around the basket and can step out and be effective away from the basket. He was a starter  for the Muskego freshman team in 2018-2019 and can be a very productive player on both ends of the floor. Ryan has a very nice touch offensively and is a very strong rebounder b with offensively and defensively. He also has the ability to use his length to block and alter shots on the defensive end of the floor. As a freshman for FLASH in 2019, Ryan had a high game of 36 points in a game in Waukegan in July. Ryan started for the Muskego JV team as a sophomore and was a very productive player and rejoined FLASH at mid-season in 2020 bringing a talented athlete back to the FLASH program. Ryan was a great addition when he returned to FLASH as he did an outstanding job rebounding and altering and blocking shots while averaging almost 8 points per game.

Braden is a multi-sport athlete from New Berlin Eisenhower where he plays basketball, football and baseball for the Lions. As a freshman, he played at the JV level in all three sports and played a major role as a productive guard in basketball, starting quarterback in football and shortstop and pitcher in baseball. An excellent natural athlete, Braden is a tremendous competitor and brings that competitive attitude to every athletic situation. As a basketball player, he is a very good perimeter shooter who can also take the ball to the basket on the offensive end and due to his excellent anticipation, can be a real difference-maker on the defensive end. He will be counted on to have a big year with FLASH in 2019. Braden had an excellent year for FLASH in 2019 as he led the team in points scored (264), scoring average (11 ppg) and made "3's" with 37. He also was 2nd on the team in assists with 35 while having a high scoring game of 30 points in Waukegan in June and a high assist game of 8 in July in Wisconsin Dells. Braden will continue to get better as he becomes a more confident player.

This past high school season, Braden was a starter on the Eisenhower JV team all season and was among the team's leading scorers. In January, he had a 25 point game against. West Allis Central in which he hit 6 out of 10 from "3 point" range.In 2020, for the 2nd season in a row, Braden led the. team in scoring averaging 13.5 points per game and had a high game of 24.

Matthew is new to FLASH in 2020 and was a reserve guard for the Muskego JV team this past high school season. A good perimeter shooter, Matthew has the ability to play both shooting guard and the point position. A hard worker, he will be counted on to put his skills to work for FLASH in 2020. For FLASH, Matthew did a nice job whether as a starter or as a reserve and could be counted on to give maximum effort every time he took the floor.

Danny is a multi-sport athlete from Greendale where he plays basketball and football and competes in track. A very good athlete, Danny is very productive as a result of an excellent work ethic and having solid fundamental skills. In basketball, he does all of the "little" things that help to make players effective and teams successful. As a freshman at Greendale, he played for the Greendale freshman team and was an excellent rebounder. He will be counted on to bring his work ethic to the FLASH roster. Danny became a starter for FLASH early in the season and did a nice job all season long as a rebounder and defender which was very important to a team that didn't have alot of size. Danny was a starter for the Greendale JV this past high school season. For FLASH in 2020, Danny was forced to miss a number of games but when available, he gave FLASH a solid rebounder and defender.

Johnny is a "basketball-only" athlete from Greenfield High School and played at the JV level as a freshman for the Hustlin' Hawks. Johnny split time as both a starter and reserve at Greenfield and has the ability to play both point guard and shooting guard and will play both with FLASH in 2019. An excellent perimeter shooter, Johnny also sees the floor well and is a very willing passer who makes everyone around him better on the offensive end. On the defensive end of the floor, he is a very hard worker with a great team mentality and all of these attributes will be a benefit to both him and FLASH. As a freshman for FLASH in 2019, Johnny took over the point guard role and did a very nice job in running the team offensively and working very hard on both ends of the floor. A very smart player, Johnny makes very few mistakes and gives the team consistent effort all the time. He led the team in assists with 50 and was 4th on the team in points scored (142) and 2nd on the team in made "3's" with 21. As Johnny continues to grow in confidence, he will be a very good player and leader. As a sophomore at Greenfield, Johnny was a starting guard all season on the JV team and had a solid season. He will have big expectations with FLASH in 2020. For FLASH in 2020, Johnny was a starter in the backcourt all seasoned really developed his confidence as the season progressed.

Matthew is new to FLASH in 2020 after serving as a reserve post on the JV team at South Milwaukee as a sophomore this past high school season. A solid rebounder with a nice shooting touch, Matthew should supply post depth with FLASH in 2020.Matthew gave FLASH a solid post player off the bench in 2020 and showed solid improvement.

Ryan, who is new to FLASH in 2020, is a very productive post player who spent his sophomore season as a starter for the Waukesha North JV team before being called up to the varsity level for the WIAA tournament. An excellent rebounder, Ryan has also developed his offensive game and will be expected to be a big producer for FLASH on both ends of the court. For FLASH in 2020, Ryan was a starting post all season and was a solid rebounder and defender and was 4th on the team in points scored. 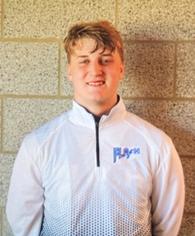 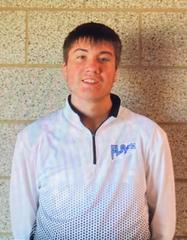 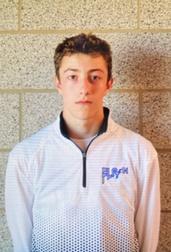 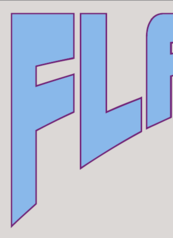 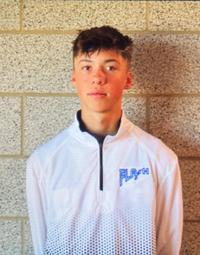 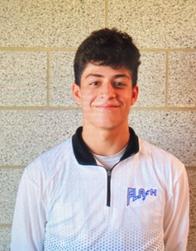