Dave Langer has an extensive coaching resume and intimate knowledge of the game of basketball. Langer attended Cudahy High School where he played both basketball and football. Following graduation from Cudahy, he attended the University of Wisconsin-Milwaukee where he majored in education. After graduation from UWM, Langer began his teaching and coaching career at Greendale high school in 1985 where he coached both football and basketball.
Langer coached at Greendale until he left teaching in 2002 to go into the mortgage business. Missing coaching, in 2005, he put together a select basketball team named FLASH consisting of a group of 8th graders from Menomonee Falls, WI. Over the years, FLASH developed into a legitimate select team as the talent level was continually upgraded each year. By its 3rd year, FLASH had become a competitive team and by the 4th year and 5th years had reached the point of becoming a very successful team, having won 5 tournaments in those two years and finishing 20-2 in their final year. There were additions and deletions to the roster over the years but there were three "originals" that played for FLASH for the five years since its inception. The three originals that set the standard for FLASH included Dylan Waldhuetter of Pius XI, Lee Becker of Menomonee Falls and Jordan Kohl of Hartland Arrowhead.

Following the success of the initial group, Langer decided to start a new FLASH group and assembled a very solid group of freshmen that played together for the first time in 2010. The new FLASH group quickly developed into a very team-oriented group and went 17-9 in their first season playing against predominantly sophomore based teams. In 2011, a new freshman team was added and for the 1st time, FLASH was expanded to two teams with Coach Langer coaching both teams. In 2013, that new freshman team, now a junior team, broke numerous FLASH records on their way to a 27-11 record. Led by Nathan Schaefer of Whitnall, Turner Kehoe of Muskego and Quin Rowen of Marquette, the "Big 3" led FLASH to its best season to date while playing the most ambitious schedule in FLASH history. In 2016, the FLASH sophomore team broke that record set in 2013 by going 30-6 while also breaking the record for consecutive wins with 16. A year later, the 2017 sophomores, led by Zach Lewkowski of South Milwaukee and Wes Kwapick of Muskego, became the 1st FLASH team ever to record 500 assists (507) and hit 200 "3's" (283) in a season.

Langer, who lives in Menomonee Falls with his wife Eileen and their 2 daughters, Caroline and Alyssa, continues to work in the mortgage business as a loan originator at Blackhawk Community Credit Union in Menomonee Falls, WI. Eileen is a former teacher at St. Agnes in Butler. Caroline, a graduate of Pius XI and a 4 year starter for the Pius volleyball team, was named All-State twice, All- American, and was named player of the year in WI as a senior. She went on to play on scholarship for the the University of Wisconsin-Parkside, before transferring to UW-Whitewater for her final season and now coaches volleyball at Brookfield Central and Milwaukee Sting. Alyssa graduated from Catholic Memorial High School and UW-Whitewater where she majored in Pubilc Relations.

Coach Langer hopes that all of the young men learn a lot about basketball and what it takes to compete at the next level. He encourages the boys to want to be a part of something greater than themselves which is the FLASH team and organization. Langer believes that FLASH is a family and he welcomes everyone who is a part of it.

Garrett Maloney is joining FLASH as a coach for the first time in 2018. Maloney, who played for Coach Langer's 1st FLASH group joined FLASH as a player in 2008 but missed the entire season due to an injury that required surgery. He came back and had a very good season in 2009 on a team that went 20-2 and won 91% of their games--still a FLASH record. Maloney was a 1st team all-conference player at Marquette High and was named Greater Metro Conference Player of the Year as a senior in 2009. He was also a 1st team all-conference tight end and punter in football for the Hilltoppers and went on to play both college basketball and football at St. Thomas University in Minnesota for 4 years. While at St. Thomas, Maloney had the opportunity to play on a team that won a D-3 National Championship in basketball in 2011 and also went to the D-3 Championship Game in football in 2012 and finished 2nd in the Nation. Maloney will bring his enthusiasm and expertise to the FLASH program. 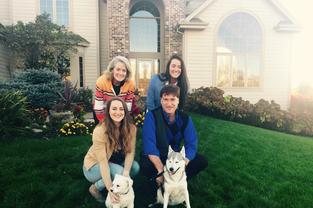 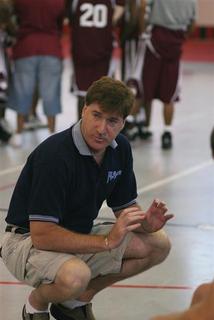